Passion and Drive for a Brighter
Future for Cancer Patients

Checkpoint Therapeutics is committed to advancing the development of cancer immunotherapy and targeted oncology treatments and creating accessible, effective and more affordable options for patients everywhere.

Along with our leading candidates cosibelimab and olafertinib, we are dedicated to developing and bringing cancer therapies to market faster and actively pursuing product purchases, in-licensing and co-development opportunities that align with our areas of expertise, offering better patient outcomes and delivering significant value to the future of healthcare. 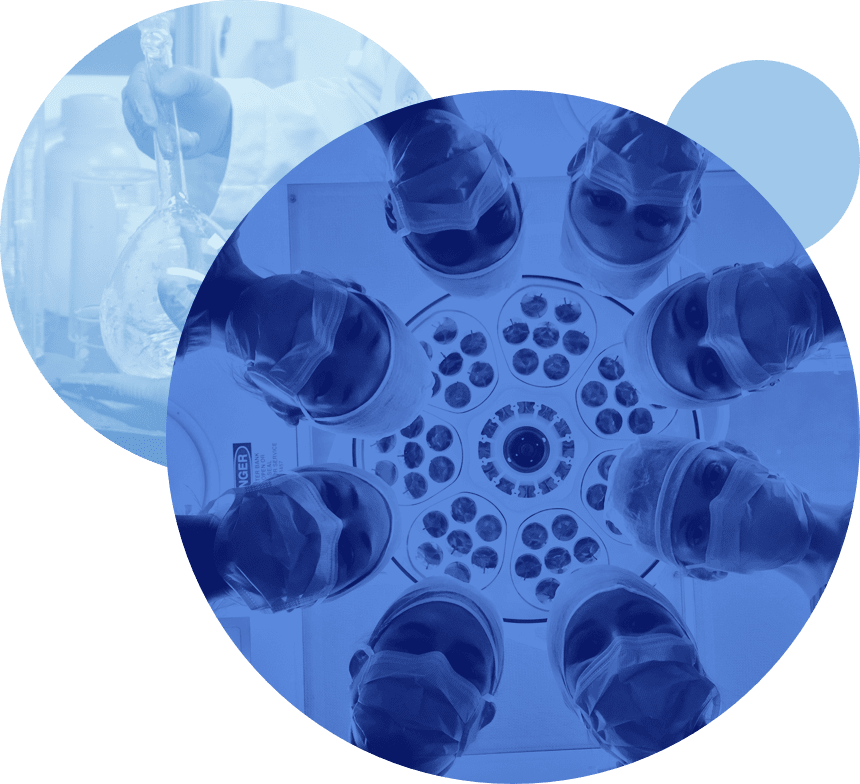 Our dedication is guided by the following principles:

Being focused, fast and fair forms the basis of our business strategy, our investment decisions and the actions needed to build and sustain a next generation biopharmaceutical company that maximizes impact to patients, payors and providers alike.

As a fast-follower, we deploy a business model centered on lowering risk in the drug development process.

We view quality, efficacy and speed as complementary and key elements in our operating model. Our agility and bias for action overcome the restraints of bureaucracy and the status quo.

Our planned market-disruptive pricing strategy is designed to generate fair and equitable pricing levels to drastically increase patient access in the treatment of fighting cancer.

We’re always looking for passionate and dedicated individuals to join our team. To learn more about our current openings, send us an email.

Mr. Oliviero is the President and CEO of Checkpoint Therapeutics, a member of Checkpoint’s Board of Directors and has more than twenty years of operational experience in the biotechnology industry. Prior to Checkpoint, Mr. Oliviero served in a variety of leadership roles, most recently as Chief Financial Officer at Keryx Biopharmaceuticals, where he played a key role in growing the company to a market capitalization over $1 billion and completed over $500 million in various public financings. During his time at Keryx, Mr. Oliviero was a leading member of the design of several clinical studies and the regulatory oversight of Keryx’s new drug application for Auryxia™, which successfully obtained FDA marketing approval in 2014 and EMA marketing approval in 2015. Prior to Keryx, Mr. Oliviero was Director of Finance for ACCESS Oncology. Mr. Oliviero is a CFA charterholder and holds a B.B.A. in Finance with Highest Distinction from Emory University’s Goizueta Business School.

Mr. Gray is Checkpoint’s Chief Financial Officer, driving investor relations and business development. Prior to his current role, Mr. Gray was the company’s Vice President of Finance & Accounting preceding his position as Chief Financial Officer. Before joining Checkpoint, Mr. Gray served as Corporate Controller at Keryx Biopharmaceuticals, helping grow the finance and accounting department during the transition from a development-stage company to a fully integrated commercial organization. Mr. Gray began his professional career with Deloitte & Touche, where he served as a senior auditor. He has a Bachelor of Science degree in Accounting from Lehigh University and is a Certified Public Accountant in the State of New York.

Chairman of the Board of Directors

Mr. Weiss has served as our Chairman of Board of Directors since March 2015, as well as our Interim Chief Executive Officer and President from August 2015 until October 2015 and Executive Chairman from March 2015 to December 2016. Mr. Weiss is also director and Executive Vice Chairman, Strategic Development, of Fortress Biotech and Chairman of the Board of Directors and Executive Chairman of Mustang Bio, Inc. Additionally, he holds the role of Executive Chairman, President and Chief Executive Officer of TG Therapeutics, a company he founded in 2011, and Co-Portfolio Manager and Partner of Opus Point Partners, LLC, which he co-founded in 2009. From 2002 to 2009, Mr. Weiss was the Chairman and Chief Executive Officer of Keryx Biopharmaceuticals, where he helped the company acquire and develop its lead drug, Auryxia, and executed a strategic alliance for Auryxia with Japan Tobacco and Torii Pharmaceutical Co. Mr. Weiss began his professional career as a lawyer with Cravath, Swaine & Moore LLP. He earned his J.D. from Columbia Law School and his B.S. in Finance from The University at Albany.

Mr. Oliviero is the President and CEO of Checkpoint Therapeutics, a member of Checkpoint’s Board of Directors and has more than twenty years of operational experience in the biotechnology industry. Prior to Checkpoint, Mr. Oliviero served in a variety of leadership roles, most recently as Chief Financial Officer at Keryx Biopharmaceuticals, where he played a key role in growing the company to a market capitalization over $1 billion and completed over $500 million in various public financings. During his time at Keryx, Mr. Oliviero was a leading member of the design of several clinical studies and the regulatory oversight of Keryx’s new drug application for Auryxia™, which successfully obtained FDA marketing approval in 2014 and EMA marketing approval in 2015. Prior to Keryx, Mr. Oliviero was Director of Finance for ACCESS Oncology. Mr. Oliviero is a CFA charterholder and holds a B.B.A. in Finance with Highest Distinction from Emory University’s Goizueta Business School.

Mr. Béchon joined our Board of Directors in October 2018 and is currently Chairman and Chief Executive Officer of ChB Consultants. From 2006 to 2017, Mr. Béchon was Chairman and Chief Executive Officer of LFB S.A., a French biopharmaceutical company with more than €500M in annual revenue. Earlier in his career, he held various positions in the French government, including Chief of Staff to the Minister for Public Health and Health Insurance. He is a graduate of the École Centrale des Arts et Manufactures engineering school, Institut d’Études Politiques de Paris and École Nationale d’Administration. Mr. Béchon is a member of Quantum Genomics’ (ALQGC) Board of Directors and has been a Board member of private companies in the USA, Mexico and Europe. He has received numerous awards and medals, including the Knight of the French Legion of Honor and the French National Order of Merit

Rosenwald has served as a member of our Board of Directors since inception. From November 2014 to August 2015, he also was our Chief Executive Officer and President. Dr. Rosenwald additionally serves as Chairman, President and Chief Executive Officer of Fortress Biotech, as a director of Mustang Bio, and as Chairman of the Board of Directors of Avenue Therapeutics. Dr. Rosenwald co-founded Opus Point Partners Management, an asset management firm in the life sciences industry, in 2009 and serves as its Co-Portfolio Manager and Partner. Previously, from 1991 to 2008, he held the role of the Chairman of Paramount BioCapital. Over the last 23 years, Dr. Rosenwald has acted as a biotechnology entrepreneur and has been involved in the founding and recapitalization of numerous public and private biotechnology and life sciences companies. Dr. Rosenwald received his B.S. in finance from Pennsylvania State University and his M.D. from Temple University School of Medicine.

Mr. Salzman joined our Board of Directors in January 2016. Mr. Salzman is currently a Managing Director for Compass Partners LLC, a merchant banking and financial advisory firm that specializes in middle market companies and corporate restructuring. Mr. Salzman joined Compass Partners LLC in July 2007, the same time at which he became a Board Member and Principal owner of BP Gamma Medical Supply Company. Prior to July 2007, Mr. Salzman served as Board Chairman, President and Principal owner of Becker-Parkin Dental Supply Company. After 20 years at Becker-Parkin, Mr. Salzman sold the company to Henry Schein Inc. (NASDAQ: HSIC). Five months after selling Becker-Parkin, Mr. Salzman served as President of Surgery Works, LLC, formed by Compass Partners LLC to provide financial management services for Ambulatory Surgery Centers until the centers sold a controlling interest to Amsurg (NASDAQ: AMSG). Mr. Salzman has maintained a Board seat at both Surgery Works, LLC centers and continues to work in a consulting and advisory role to Amsurg. In 2014, Mr. Salzman founded and became President of Practice Management Works LLC and also accepted a board seat at Vivex Corporation, a private research driven Biomedical Company. Mr. Salzman is a 1987 graduate of Brooklyn Law School and is a member in good standing of the New York Bar Association

Professor of Medicine at Harvard Medical School, Professor of Cancer Immunology and Virology at the Dana-Farber Cancer Institute. Dr. Marasco’s research group focuses on the treatment of emerging infectious diseases and cancer. To greatly expand the use of human monoclonal antibodies in the treatment of cancer, Dr. Marasco founded the National Foundation of Cancer Research Center for Therapeutic Antibody Engineering. Dr. Marasco serves as Chairman of the Checkpoint Scientific Advisory Board.

Ensign Professor of Medicine, Professor of Pharmacology, Chief of Medical Oncology, and Associate Director for Translational Research at Yale Cancer Center (YCC) and Yale School of Medicine. Dr. Herbst is also a fellow of the American Society of Clinical Oncology (ASCO) and the American College of Physicians, an elected member of the Association of American Physicians, and an elected member of the boards of directors for both AACR and the IASLC. Dr. Herbst is a pioneer of personalized medicine and immunotherapy to identify biomarkers and bring novel targeted treatments to patients, serving as principal investigator for trials leading to approval of several therapies revolutionizing the field and greatly enhancing patients’ lives. He has more than 300 publications to his name, and his work published in Nature was awarded Clinical Research Forum’s 2015 Herbert Pardes Clinical Research Excellence Award.

Director of the Melanoma Center and the Center for Immuno-Oncology at Dana-Farber/Brigham and Women’s Cancer Center and Professor of Medicine at Harvard Medical School. Dr. Hodi’s research focuses on gene therapy, the development of immune therapies, and first into human studies for malignant melanoma. Dr. Hodi is a member of the American Society of Clinical Oncology (ASCO), the Eastern Cooperative Oncology Group Melanoma Committee, the International Society for the Biological Therapy of cancer, and a founding member of the Society for Melanoma Research.

Instructor in Dermatology and Medicine at Harvard Medical School and member of the Department of Dermatology and the Department of Medicine at Massachusetts General Hospital, where he is Director of the Center for Merkel Cell Carcinoma and co-Director of the MGH-MEEI Non-Melanoma Skin Cancer Multidisciplinary Clinic. Dr. Miller’s research is focused on developing novel therapies for advanced skin cancer. Dr. Miller is one of the very few clinicians in the country who is board certified in Internal Medicine, Dermatology and Medical Oncology.

Associate Physician at the Mohs and Dermatologic Surgery Center at Dana-Farber/Brigham and Women’s Cancer Center, an Assistant Professor of Dermatology at Harvard Medical School and Director of the High-Risk Skin Cancer Clinic at Dana Farber/Brigham and Women’s Hospital. Dr. Ruiz’s research focuses on the burden of skin cancer through health services research and non-melanoma skin cancer outcomes studies